With the original Magnum ME2012 modified sine wave was Microwave oven not possible to run without potential damage. A Magnum MS2012 pure sine wave was installed and allowed all loads to be run, but the total power was limited and the inverter often stalled when running multiple higher loads. When switching to a 24 Volt house battery system is a magnum MS4024 with 4000 Watt the standard and for almost the same price. The MS4024 did not have an option for internal breakers so external 20 Ampere breakers were added. 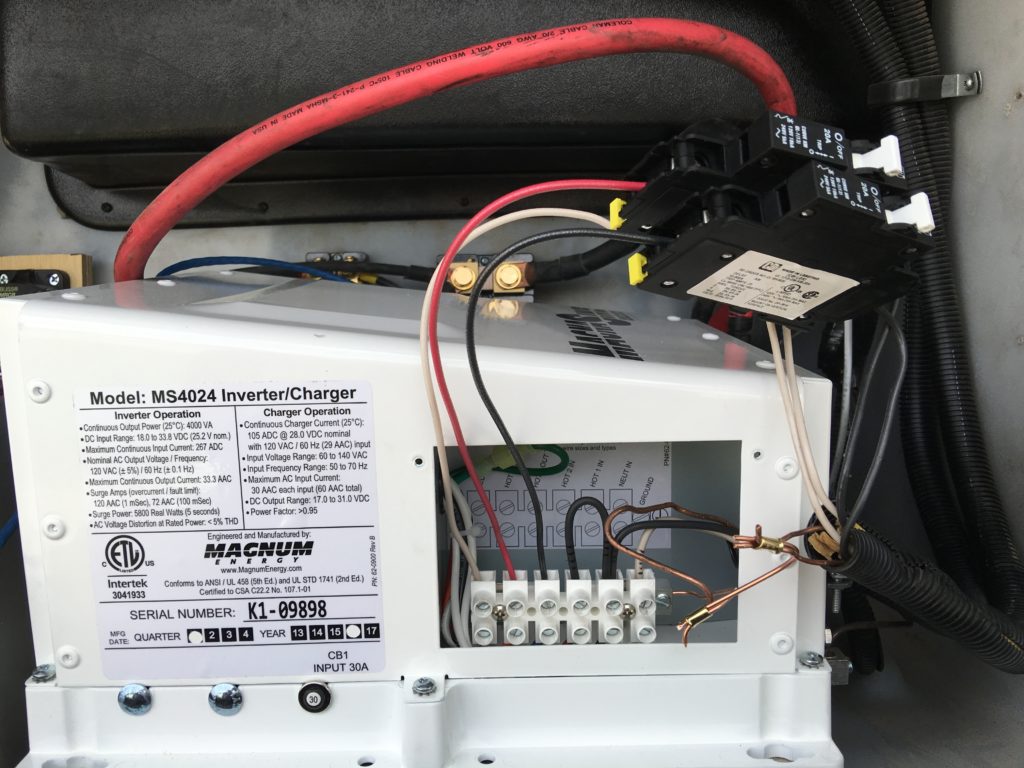 The Magnum MS4024 Inverter is capable of over 5000 Watt for 5 minutes and internally have a single phase, the two 20 Ampere breakers set a limit on the loads that is a lot lower than the Inverters internal limits but protect the wiring in the Motorhome. 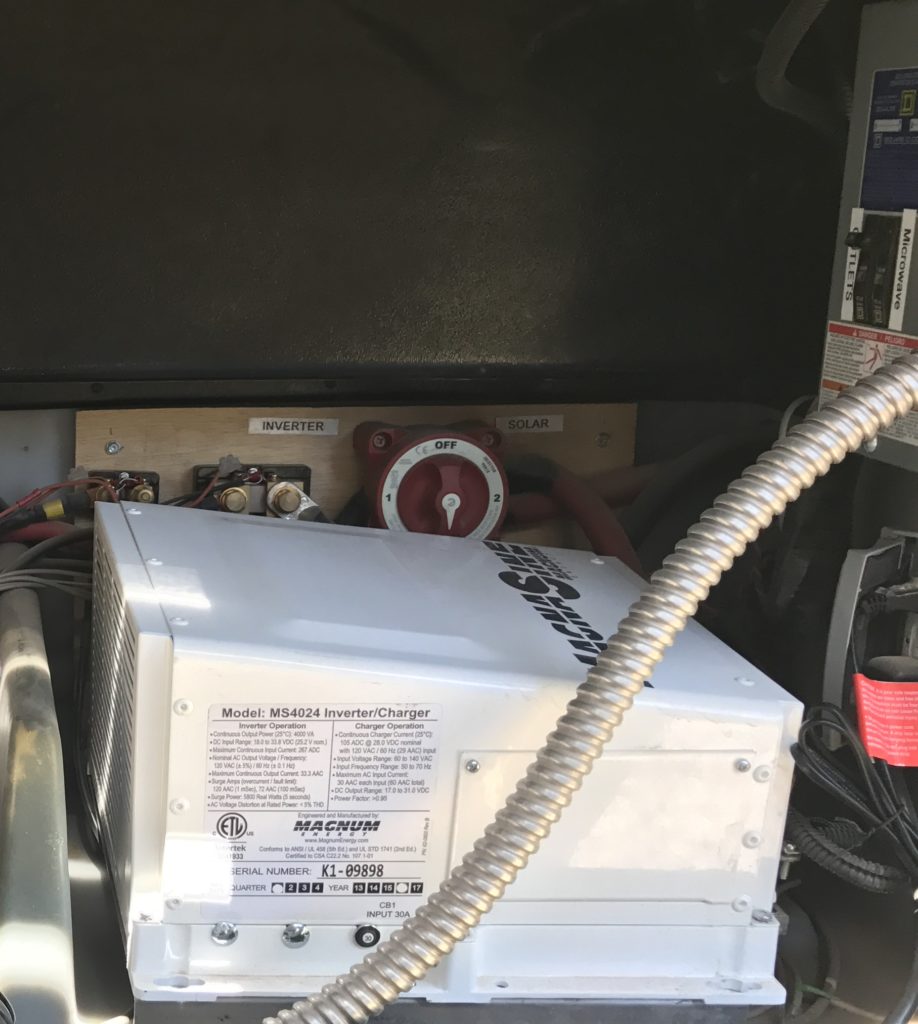